Alex Smalley is exploring how virtual experiences of nature might impact wellbeing.

His Virtual Nature project is working with interdisciplinary teams from the arts, media, and science to weave national-scale experiments into creative outputs, and engage people in conversations surrounding nature and health.

The first part of this research partnered with the BBC to create Forest 404, a groundbreaking podcast series and experiment examining reactions to natural soundscapes. Over 7,600 people took part in the study, and the wider project won several broadcast awards for its novel transdisciplinary approach. More details on the series can be found at bbc.co.uk/forest and an overview of the academic component can be found at virtual-nature.com/forest.

The second focus of the project was on the importance of fleeting and personal experiences in nature. Over 3,000 people responded to an online experiment exploring the restorative potential of ‘memorable moments’ such as sunsets, rainbows and storms. Alex used the latest digital techniques to create these scenes, which can be viewed at virtual-nature.com/ephemeral-phenomena.

The third part of this research is currently in development. It is an exciting new collaboration with BBC Music, bringing together the findings from stages one and two in an experiment designed to probe emotional reactions to several rich digital nature experiences. More details will be available in January 2021, when the project launches.

The outcomes of this work will also feed into therapeutic interventions designed to reach those who cannot access ‘real’ natural environments.

A first example of this impact was Mindful Escapes, a unique collaborative series between BBC Four and Headspace. Alex was scientific consultant on this series, helping to underpin the programme with the latest academic findings.

Alex also has a background in both the physical sciences and science communication. He has spent the last 15 years communicating complex concepts to a range of national and international audiences.

Following an undergraduate degree which focused on atmospheric physics, he worked for Defra, private consultancy and BBC News before joining the University of Exeter. In addition to his PhD research, he recently led the science communication activities of SOPHIE and BlueHealth, another large pan-European grant investigating the links between aquatic environments and health. 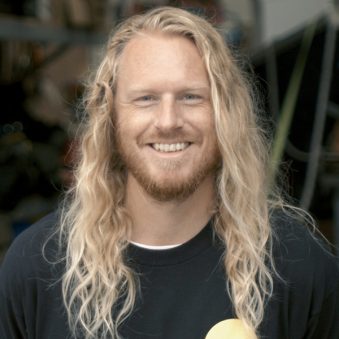