Dr Jacqualyn Eales is a specialist in evidence synthesis helping to map current research evidence on the connections between the marine environment and human health and wellbeing.

Jacqui is also working on a 4-year research programme called Blue Communities. Her project is synthesising the currently available evidence on the interactions between marine and coastal resource management and the health and well-being of coastal communities, centred on South East Asia. She is also focused on capacity-building, and is facilitating a network of researchers engaged and interested in Environmental Evidence Synthesis in South-East Asia region.

Jacqui has had a diverse research career to date, spanning behavioural ecology, molecular ecology, health evidence synthesis and environmental evidence synthesis. She completed her BSc in Biology at the University of Nottingham in 2004 (thesis in Avian sentinel behaviour systems) and a PhD in Invasive species genetics at the Molecular Ecology and Fisheries Genetics Lab at Bangor University in 2008.

She has been an active member in the Collaboration for Environmental Evidence (CEE) since 2009, has published in developing methodologies for environmental evidence synthesis, and is currently serving on the CEE Training Team. She is also working with the Global Evidence Synthesis Initiative in capacity-building. 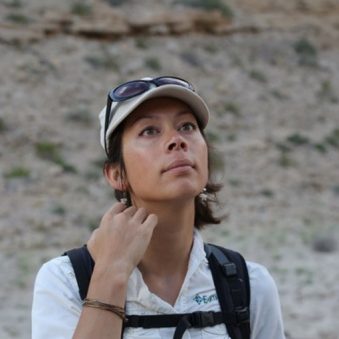 This project has reviewed existing research into the links between the marine environment and health and wellbeing, and created a systematic map of its findings.

This review examined marine and public health data portals for understanding interactions between the marine environment and human health.