Professor Michael Depledge is an interdisciplinary research scientist and policy advisor with diverse expertise on the threats from the environment to humans and wildlife, and the potential of natural settings and resources to foster better health.

He is the former founding Director of the European Centre for Environment and Human Health, within the University of Exeter Medical School, and currently chairs the Centre’s Advisory Board.

Professor Depledge is a senior advisor to the UK Government, the WHO and UNEP. He is a former Chief Scientist of the Environment Agency, a founding Board Member of Natural England, and a former member of the Royal Commission on Environmental Pollution.

Michael was appointed as a Commander of the Order of the British Empire (CBE) by H.M. Queen Elizabeth in January, 2016. He works towards unravelling the intimate interconnections between human health, wellbeing and the environment with a view to achieving sustainable lives in harmony with nature. 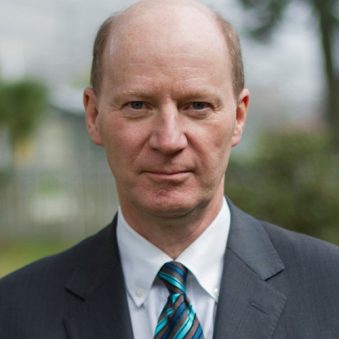 The Expert Group combined interdisciplinary knowledge from researchers and professionals to develop a vision for the future of Oceans and Human Health.